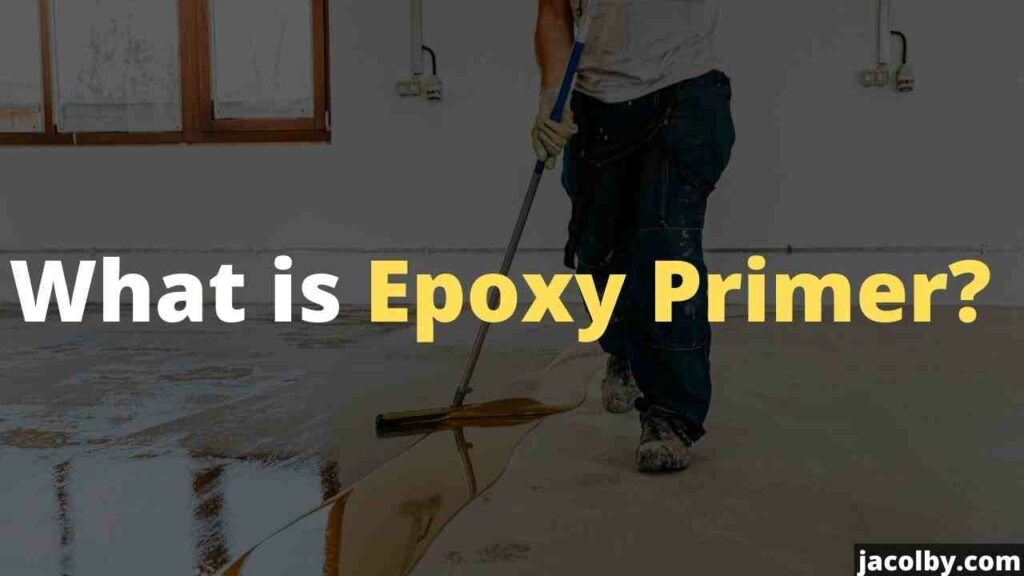 Many businesses contemplating investing in a premium coating often fail to give enough attention to whether or not they should apply an epoxy primer first.

This is a common mistake made by many of these businesses. The great majority of people have either never heard of floor primers or are under the opinion that they are superfluous and an unneeded source of additional money.

Before installing a new floor, several measures need to be followed, each of which requires a great deal of careful thought. The first step, which is the most important one, is getting the floor ready.

An epoxy primer is necessary since it will conserve your time and work and save you money.

If you are wondering which epoxy primer will reap your benefits, look at these top-notch epoxy primers in case you haven’t bought them yet.

What is an epoxy primer?

So, let’s get right to the meat of the matter; precisely speaking, what is an epoxy primer? Epoxy primer is a sealant that, when put below top coats, causes those coatings to have a superior surface quality.

Zinc phosphate, which functions as a corrosion-inhibiting pigment, is included in a two-component epoxy primer. Primers made of epoxy may be used to waterproof things, which, as a result, protects the exposed metal below from oxidation.

Before applying epoxy primer, ensure the surface is dry and extremely clean. Before it can be applied, the two-component epoxy primer has to be adequately mixed.

Why should you use an epoxy primer?

Now that the meaning has been made clear, your brain is probably scribbling a question mark as it tries to figure out why you should apply an epoxy primer.

Is it not so? I’ll put an end to that growing uncertainty right now. Before painting your flooring, using an epoxy floor primer offers several advantages, including the following:

1. Because epoxy primers are so thin, they can penetrate deeply into the concrete substrate, which results in improved adhesion and a stronger bond.

2. When employing thicker epoxy base coats, primers provide a stronger chemical connection than base coats alone. Consequently, the coating on the concrete floor will have a greater capacity for withstanding wear and tear.

3. Removal of air bubbles and pinholes caused by the outgassing of the concrete

4. Because it does not seep into the concrete, you can produce a greater dry film thickness and coating uniformity.

5. Concrete floors with moisture issues might benefit from this moisture-resistant coating since it is effective.

6. Primers provide a tenacious waterproof barrier for concrete floors lacking an efficient Damp Proof Membrane (DPM). This lack of a DPM often results in paint pulling and flaking off the surface, which is why primers
are essential.

7. Most epoxy primers are resistant to moisture and perform well when sprayed on concrete that has not been allowed to dry completely after being cleansed or acid etched.

8. There are primers on the market that are made expressly to block oil. Primers made with solvents may be used to overlay concrete that has been polluted with oil and cannot be thoroughly cleaned.

Even magnificent surfaces may be coated with epoxy primer and epoxy resin. Those curious about epoxy resin may want to see what sort of primer to use with epoxy resin so that you can make an educated decision.

The topic of epoxy resin has piqued your interest, so before you jump to conclusions about whether or not any primer will work well with epoxy resin, read the post I published to obtain some clarification.

When and where to use an Epoxy Primer? When used for certain substances and scenarios, this high-bonding sealer that is non-porous offers several benefits to the user.

1. Epoxy primers are excellent at protecting bare metal from moisture and corrosion, making them ideal for applications where the metal has been cleaned and prepped.

3. Epoxy primer is the only bare metal primer that may be left outdoors without rust developing beneath the primer in a short time.

Zinc phosphate is added to two-part epoxy primers to enhance their corrosion-inhibiting qualities. The most acceptable primer for bare metal is epoxy, ideal for freshly produced metal components and those wholly stripped down.

4. Sometimes, the whole surface must be the same material for a primer or coating to work correctly. Paints, primers, and fillers adhere well to epoxy primers because of their outstanding adhesive qualities.

As a result, you may apply epoxy primer to bare metal, fix it with body filler and then blend it back into the original color.

5. Blend these areas as much as possible before applying epoxy primers since they lack a high-build primer’s filling and building properties and won’t mask defects. Filler or primer surfacer may be used over the epoxy to fill in any minor defects and flatten the surface before painting.

6. It is possible to apply many layers of epoxy primer on top of each other since epoxy primers bond mechanically. Suppose you need to rectify an area that wasn’t relatively flat and needs some more filler. In that case, it’s ideal for use as a stacking material.

7. Apply your filler, sand flat, and then feather the edges with sandpaper. After that, you may add another layer of epoxy primer and repeat as necessary. This can’t be stated for many other primers! 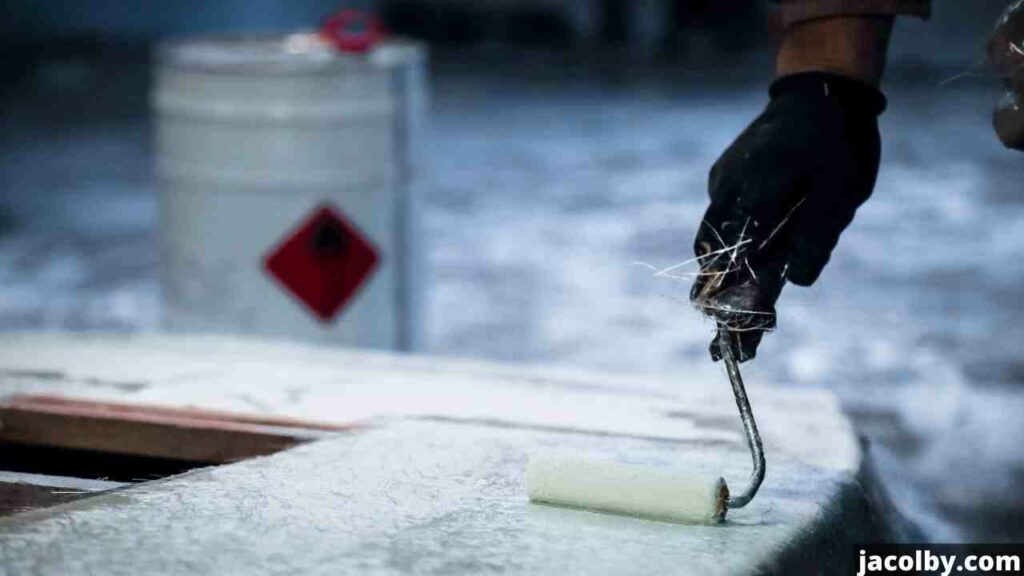 8. I’ve used epoxy primer as a final sealant for the last three years before applying the base coat. Reduce it by half and apply one or two coats to ensure that your work is completely sealed and that you have a smooth surface on top of which to apply your base coat.

9. Because it adheres well to most topcoats, priming may help prevent flaking and peeling from the final layer of paint. This gives you complete assurance that your paintwork will survive many years.

10. Please make use of it to safeguard an ongoing endeavor. Many of us do not have access to extensive, climate-controlled facilities where we can store our project cars while they are being painted.

11. You may have to leave the project outdoors overnight or while you perform maintenance on your primary vehicle. If the weather changes, does your wet shop cause metal to flash rust?

12. I prefer to seal my work with epoxy primer after the day. You may be sure my work will be in good condition when you return if you do it this way.

13. Keep a few Epoxy Primer Aerosols on hand if you need to close off a tiny area. Compared to bringing out the spray gun, mixing the primer, and then cleaning up the mess! Using this method is far more efficient.

Concrete, metal, and other non-porous surfaces are not the only options. You may wonder whether you can paint over epoxy primer or not, so check out this post to see if that’s the case.

Is it possible to apply an epoxy primer the same way as one would a depth primer?

How many coats of epoxy primer are suggested before it is fully cured?

A.2 It is highly advised that the Epoxy Primer be applied in coats that are medium wet, with a half-hour pause in between each application at a temperature of around 70 degrees.

A dry film thickness of one millimeter may be achieved with one to two coatings, which is often adequate to provide the appropriate degree of efficiency.

Make sure each layer is sprayed evenly and covers the exposed metal.

A.3 It was first suggested for use as a rust remedy. Later, it became famous as a restoration primer. Epoxy primer acts as a sealant on metal, preventing further oxidation of the uncoated metal surface.

The issue with typical primer is that it does not guard against moisture; instead, it is porous and essentially soaks up moisture like a sponge. This makes it ineffective as a moisture barrier.

Now that I have provided a comprehensive overview of the nature of an epoxy primer and its applications and benefits, it is your responsibility to put this product to good use while paying attention to safety precautions and making sure to read and follow any associated directions. 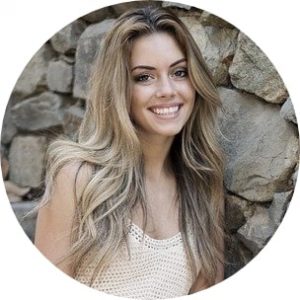 Kasia has been working with Resin for 6+ years. She made hundreds of projects using Epoxy Resin, UV Resin, and more. She knows exactly what’s needed for your project’s success and here she is to help you! Read More

Copyright © 2023 by Jacolby · All rights reserved. Jacolby is a participant in the Amazon Services LLC Associates Program, an affiliate advertising program designed to provide a means for sites to earn advertising fees by advertising and linking to amazon.com. As an Amazon Associate, I earn from qualifying purchases.